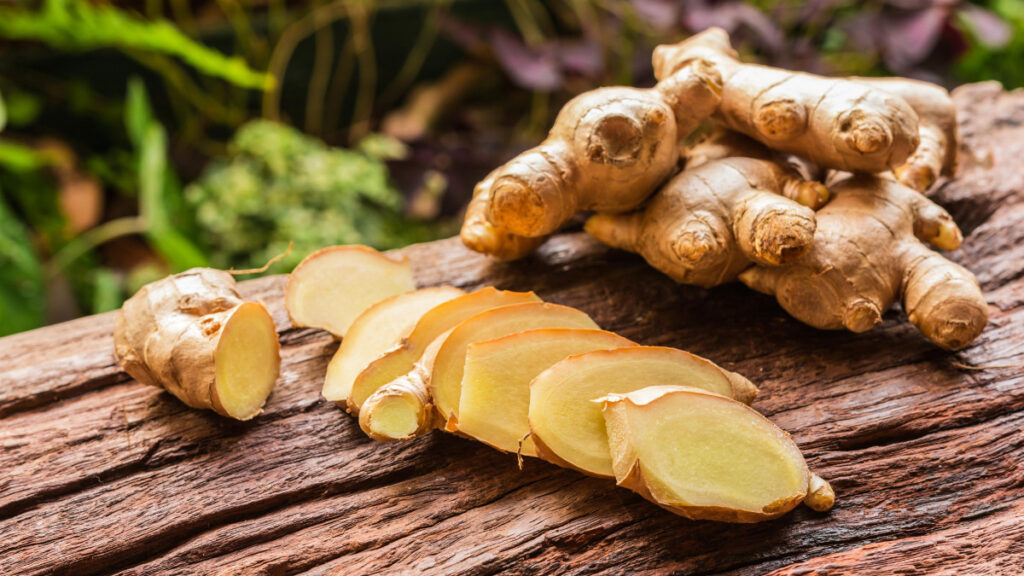 Ginger is a plant with an underground rhizome stalk. Originating in East Asia, it grows in all the tropical regions of the world. Currently, China and Peru are the main producers of ginger.
This plant has been known for millions of years for its numerous medicinal properties. It is used for flavor in the kitchen of different countries and in drinks such as Ginger Ale. 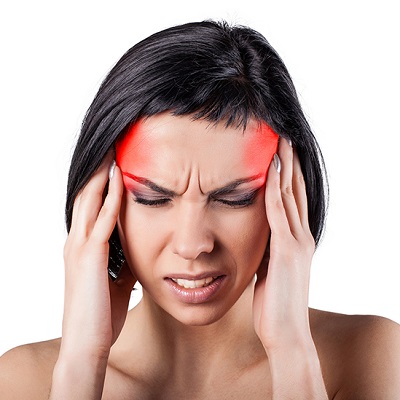 The mechanism of action is still not known, but we know that it acts upon the “prostaglandins” responsible for blood vessel inflammation. This inflammation is normally the cause of headaches, due blood pressure rising in the head. 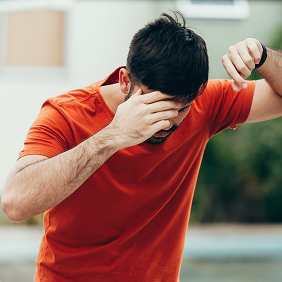 Different studies in the United Kingdom and Denmark on navy cadets and on people predisposed to dizziness showed the extremely high effect of ginger in curing dizziness and nausea. 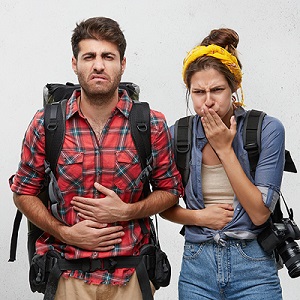 Different studies have proven its antiemetic effect (the ability to prevent or stop nausea and vomiting) thanks to its oleoresin content, made up of shogaol and gingerol. The plant is especially useful during pregnancy, after surgery and to treat effects related to car sickness, motion sickness (from boat, plane, car or train) and for motion sickness. In 1999 the WHO recognized the usefulness of ginger for its potent effect on nausea and vomiting.
See the scientific studies 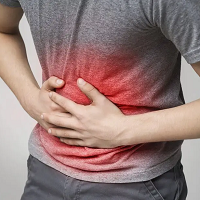 Ginger stimulates the secretion of bile and the activity of different digestive enzymes, allowing digestion to be carried out more rapidly. It is used to treat gastrointestinal afflictions such as colic, diarrhea, indigestion and gas.

Clinical studies have demonstrated that oral administration of powdered ginger root (940 mg) was more effective than dimenhydrinate (100 mg) in preventing the gastrointestinal symptoms of kinetosis (motion sickness) (22). The results of this study further suggested that ginger did not act centrally on the vomiting centre, but had a direct effect on the gastrointestinal tract through its aromatic, carminative, and absorbent properties, by increasing gastric motility and adsorption of toxins and acids (22).

In clinical double-blind randomized studies, the effect of powdered ginger root was tested as a prophylactic treatment for seasickness (26, 27). The results of one study demonstrated that orally administered ginger was statistically better than a placebo in decreasing the incidence of vomiting and cold sweating 4 hours after ingestion (27). The other investigation compared the effects of seven over-the-counter and prescription antiemetic drugs on prevention of seasickness in 1489 subjects. This study concluded that ginger was as effective as the other antiemetic drugs tested (26).

At least eight clinical studies have assessed the effects of ginger root on the symptoms of motion sickness. Four of these investigations showed that orally administered ginger root was effective for prophylactic therapy of nausea and vomiting. The other three studies showed that ginger was no more effective than a placebo in treating motion sickness (23, 41, 42). The conflicting results appear to be a function of the focus of these studies. Clinical studies that focused on the gastrointestinal reactions involved in motion sickness recorded better responses than those studies that concentrated primarily on responses involving the central nervous system.

Frequency and torment caused by migraines direct patients toward a variety of remedies. Few studies to date have proposed ginger derivates for migraine relief. This study aims to evaluate the efficacy of ginger in the ablation of common migraine attack in comparison to sumatriptan therapy. In this double-blinded randomized clinical trial, 100 patients who had acute migraine without aura were randomly allocated to receive either ginger powder or sumatriptan. Time of headache onset, its severity, time interval from headache beginning to taking drug and patient self-estimation about response for five subsequent migraine attacks were recorded by patients. Patients(,) satisfaction from treatment efficacy and their willingness to continue it was also evaluated after 1 month following intervention. Two hours after using either drug, mean headaches severity decreased significantly. Efficacy of ginger powder and sumatriptan was similar. Clinical adverse effects of ginger powder were less than sumatriptan. Patients’ satisfaction and willingness to continue did not differ. The effectiveness of ginger powder in the treatment of common migraine attacks is statistically comparable to sumatriptan. Ginger also poses a better side effect profile than sumatriptan.

The efficacy of ginger for the treatment of migraine: A meta-analysis of randomized controlled studies

Introduction: The efficacy of ginger for migraine remains controversial. We conduct a systematic review and meta-analysis to explore the influence of ginger versus placebo on treatment in migraine patients.
Methods: We have searched PubMed, EMbase, Web of science, EBSCO, and Cochrane library databases through September 2020 for randomized controlled trials (RCTs) assessing the effect of ginger versus placebo on treatment efficacy in migraine patients. This meta-analysis is performed using the random-effect model.
Results: Three RCTs are included in the meta-analysis. Overall, compared with control group in migraine patients, ginger treatment is associated with substantially improved pain free at 2 h (RR = 1.79; 95% CI = 1.04-3.09; P = 0.04) and reduced pain scores at 2 h (MD = -1.27; 95% CI = -1.46 to -1.07; P < 0.00001), but reveals no obvious impact on treatment response (RR = 2.04; 95% CI = 0.35-11.94; P = 0.43) or total adverse events (RR = 0.80; 95% CI = 0.46-1.41; P = 0.44). The incidence of nausea and vomiting is obviously lower in ginger group than that in control group.
Conclusions: Ginger is safe and effective in treating migraine patients with pain outcomes assessed at 2 h.